elcome to the Laboratory for Quantum Information with Trapped Ions (QITI) of Prof. K. Rajibul Islam! We are a predominantly experimental research group at the Institute for Quantum Computing and the Department of Physics and Astronomy at University of Waterloo, Ontario, Canada.

Laser-cooled trapped ions are among the most pristine and controllable quantum systems. Research performed in Prof. Islam’s group is currently focused on the following:

more about our research
Job opportunities

We acknowledge financial support from University of Waterloo, NSERC, Government of Ontario, US ARO, and Transformative Quantum Technologies (TQT, CFREF).

Congratulations to Chung-You (Gilbert) Shih , a PhD student in the group for receiving the IQC Achievement Award, 2021! The awards are given to University of Waterloo graduate students working on quantum information at the Institute for Quantum Computing (IQC), based on exceptional achievement in research. Gilbert was recognized for developing an ultra-precise optical addressing system for a trapped-ion quantum simulator.

Congratulations to Nikhil Kotibhaskar , a PhD student in the group for winning the best student presenter award at the annual Congress of the Canadian Association of Physicists (CAP)! He first won the competition in the Atomic, Molecular, and Optical Physics category and then went on to win the national competition among all areas of physics. There were about 325 competitors and an 81-member judging team.

Nikhil talked about our research on developing a trapped-ion quantum simulator. 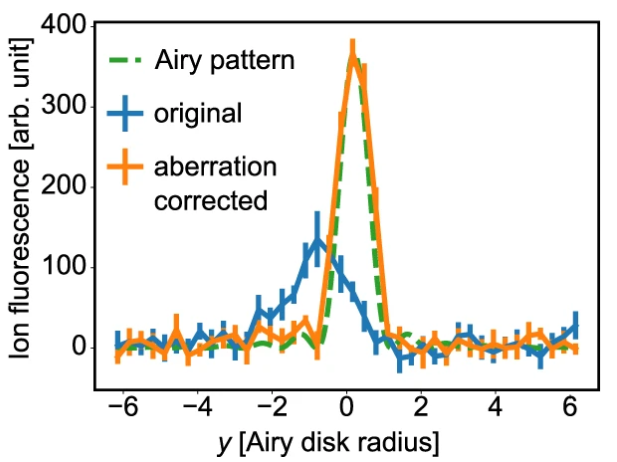 Our paper on ultra-precise holographic optical addressing of ions is published in npj Quantum Information! This is an experimental research.

This manuscript presents a numerical analysis of the impact of laser noise on qubit operations. Abstract: Technical noise present in laser systems can limit their ability to perform high fidelity quantum control of atomic qubits. The ultimate fidelity floor for atomic qubits driven with laser radiation is due to spontaneous emission from excited energy levels. 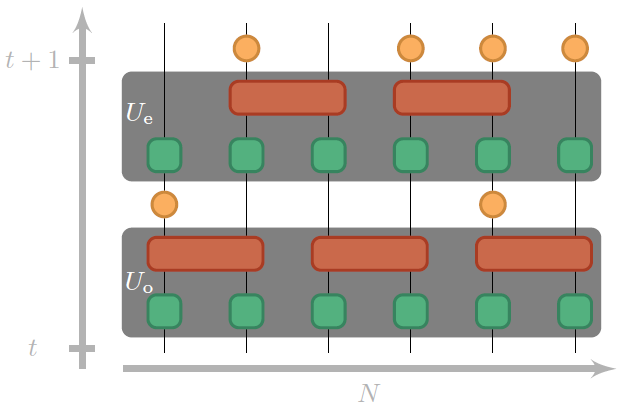 In this theoretical proposal, we describe a hybrid circuit where coherent time evolution is interrupted by sparse projective measurements. A measurement-driven phase transition between volume-law and area-law entanglement is predicted at a specific rate of measurement. Proof-of-principle experiments can be performed in modern trapped ion quantum information processors. Abstract: The rise of programmable quantum devices has motivated the exploration of circuit models which could realize novel physics. 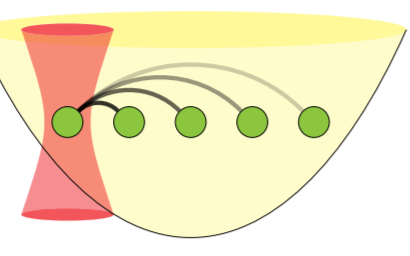 Conventional radio-frequency ion traps provide limited controls over the confining potential. In this manuscript, we theoretically and numerically investigate a hybrid trapping architecture by incorporating optical tweezers (laser beams tightly focused on individual ions) in a conventional trap. The local control over the potential would offer many capabilities - such as engineering a target set of phonon modes, fixing the motional de-coupling problem in a multi-species ion system, and allowing novel experiments in quantum thermodynamics.